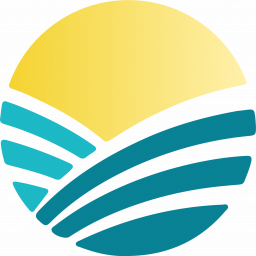 The quality of the foods in our fridge is lower than it was a few decades ago. Unless you grow your own food or are part of a local co-op, you are not getting as many nutrients in your produce as you would have in 1950. There are many reasons for this: A 2004 study analyzed 43 common fruits and vegetables using a government database and found that almost half had lost some nutritional value from 1950-1999. The 6 out of the 13 nutrients analyzed that had significantly decreased amounts (6-38%) were protein, calcium, phosphorus, iron, riboflavin and ascorbic acid.

Another study showed overall, nutrient losses in fresh, frozen, and canned foods were similar and significant. Nutrient density of fresh vs processed depended on the food, but the surprising finding was that fresh foods were not consistently or substantially more nutritious due to length of time from picking to consumption.

Furthermore, a UK study found room temperature, chilled temperatures, and freezing all resulted in declines in antioxidant activity. Frozen peas and spinach showed 30-50% lower antioxidants by the time they were blanched and then fully frozen.

Finally, a large review of 33 studies found that organic vegetables and legumes had on average 6% higher nutrients. If they had narrowed it to only the crops that were most commonly sprayed with pesticides, I wonder if they would have found a bigger difference. Eating conventionally grown produce instead of organic is another contributor to nutrient deficiency (both from the food itself and from the toxic burden to the body from chemicals applied).

We have way more chemicals draining nutrients from our bodies as we detoxify them: medications, plastics, flame retardants, pesticides, preservatives, etc. Our culture also promotes constant “fight or flight” state, sleep deprivation, and convenience foods. We have a greater need for nutrients due to these increased challenges with our lifestyle and environment, and yet we consume far fewer nutrients due to the cultivation and consumer habits. This means 2 things for healing: (1) more than ever before we have to focus on nutrient-dense superfoods such as berries, bone broth, herbs, and organ meats AND focus on how we obtain them; and (2) more than ever we need the extra support of supplements. Foods with low nutrient density and high simple carbohydrates, like raisins and corn, or poor quality foods like non-organic, grain-fed beef are whole foods, but their net effect in our bodies is not one of promoting healing. Therefore, focusing solely on a whole foods diet just isn’t enough.

I like to use the analogy of a “health debt”: a normal job is enough to pay the bills, but with the challenges of today’s world creating a health debt leading to symptoms and disease, you need a second job to pay off that debt. Foods that are local, in season, organic, fresh, and highest in antioxidants and nutrients most help to turn a damaged body around. When this is difficult to achieve, evidence-based therapeutic supplements can help. A whole foods diet can maintain health, but we have to take it to a new level when the goal is healing.

For comprehensive, cost-effective support in transforming your health, join our online program. Feel comfortable and confident in your body as I guide you step-by-step in making simple, evidence-based changes in your daily life..